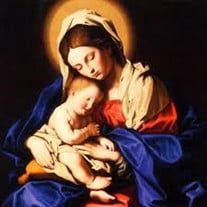 John Joseph Archer, 58, of Kansas City, Missouri, died Dec. 15, 2016, at St. Luke’s Hospice House, Kansas City. He was born Dec. 23, 1957, in Chillicothe, Missouri, son of Lawrence Patrick Archer and Agnes Cecelia Martin Archer. A veteran of the U.S. Marine Corps, John was a 23-year employee of the BNSF Railway Company in Kansas City. He was an avid motorcyclist and a long-time breeder and trainer of working dogs. He attended Chillicothe High School and Chillicothe Area Vocational-Technical School. He was preceded in death by his parents and one daughter, Amy JoEllen Archer. He is survived by his wife, Becky Buschmann Archer; a son, John Joseph “Jake” Archer Jr.; a daughter, Miranda Louise “Mandy” Archer, all of Kansas City; and one brother, Lawrence Patrick Archer of Jefferson City, Missouri. Visitation with Rosary will be held Monday, Dec. 19 from 5 to 7 p.m. at St. Therese Catholic Church, 7207 NW Highway 9, Kansas City. A second visitation will be held at the church Tuesday, Dec. 20, from 11 a.m. to noon, followed by a funeral Mass. Burial will be scheduled at a later date in Fort Leavenworth National Cemetery, Fort Leavenworth, Kansas. Fond memories and words of comfort may be shared at: www.CashattFamilyFuneralHome.com.

The family of John J. Archer created this Life Tributes page to make it easy to share your memories.

Send flowers to the Archer family.