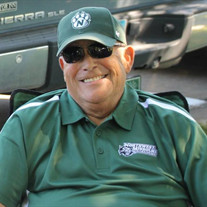 Col. James Henry “Jim” Wakeman, 71 of Kansas City, Missouri passed away on Saturday, March 18, 2017. Jim was born June 4, 1945 to Frank and Blanche (Fourth) Wakeman in St. Louis, Missouri. A Bearcat through and through, he graduated with a Bachelors and a Masters in History and Geography from Northwest Missouri State College in Maryville, Missouri. Jim served his country proudly in the U.S. Army, retiring after 34 years and 1 month as the Chief of Staff of the Missouri Army National Guard. Jim was always performing; Music and Live Theatre were important to him. A bass, with versatility that any director would love, Jim could sing Tenor as well. He was a member and President of the Congregation at Gloria Dei Lutheran Church where he sang in the Choir. He sang with the Metro Men’s Chorus of Kansas City several years and the Northland Community Choir. He also performed with TMI Musical and Theatre group and Singing with Cantorium in Jefferson City, where lasting friendships were made. He was a Lifetime Member of both the VFW and the American Legion. In retirement Jim was busy helping at his beloved church, he served as the Head of Emergency Management for the State of Missouri, which took on new meaning post Sept. 11, 2001, Mastering Golf with his Golf Groups, Keeping up with his beloved Bearcat Family at Northwest reunions and socials, and he looked forward to his ‘Breakfast with Garys’ where he would catch up on the week. Jim is survived by his son, Jeremy Wakeman, and daughter-in-law, Stephanie, adored grandkids; Samantha and Joshua along with his fiancé, Barbra Gunderson. Jim was immediately loved by all he worked with, performed with and all he met. Visitation with family and friends will be Friday, March 24th from 6-9pm and at 2pm, one hour before service time at 3pm, Saturday, March 25th all at Gloria Dei Lutheran Church; 5409 NW 72nd Street, Kansas City, Missouri 64151. Jim will be buried with Full Military Honors at Leavenworth National Cemetery with his beloved wife, Suzie who left a great void May 13, 2013. A Celebration of Life Fellowship will be held at the Church following service time on Saturday where all are welcome to share their memories of their great friend. Donations suggested to Wounded Warrior Project (http://WoundedWarriorProject.org) or to Gloria Dei Lutheran Church. Arrangements have been entrusted to Cashatt Family Funeral Home 816-587-8200. Fond memories and words of comfort may be shared at: www.CashattFamilyFuneralHome.com.

The family of Col James Henry "Jim" Wakeman created this Life Tributes page to make it easy to share your memories.

Send flowers to the Wakeman family.