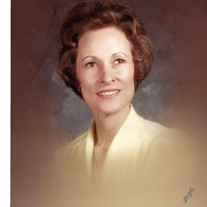 Platte City, Missouri – Bette Taylor Roberts, who was a Wife, a Mother, a Sister, a Close Friend, and a dedicated nurse by profession, went home to be with the Lord Friday December 29, 2017. Bette was born into the large and loving Taylor family of Hugh Edwin and Julia Fern Taylor in Savannah, Missouri on July 27, 1932. Savannah is where Bette grew up with her 7 brothers and 2 sisters. She was a member of Savannah High Schools class of 1950. Bette was married to Grant Roberts in April of 1951. Bette went on to become a Real Estate Broker and later turned to nursing where she graduated with honors from Nursing School as a LPN. She moved to Denver, Colorado in the late 1970’s, where she dedicated herself into nursing at Aurora Presbyterian Hospital in Aurora Colorado. After 20 years of nursing, Bette retired and returned to Missouri to be near family. Bette was preceded in death by both her parents, Grant Roberts, daughter Sharman Roberts Romero, Brothers Harvey, Norman, Adam, Robert, Bruce, Hugh and Harold, and one sister Fay. Bette is survived by her son Phillip Roberts and wife Kathy of Prairie Village Ks., Grandsons Bryan Roberts (Amy), Justin Roberts(Rita), Adam Roberts and Matthew Romero, and Granddaughter Amanda Roberts Miller (Brent). Bette also is survived by 3 great grandchildren, Jacob and Madison Roberts and Aubrey Miller. Lastly, one of the most loving and influential parts of Bette’s life, as well as her lifelong friend was her baby sister, Joy (Bill Cole). She is also survived by numerous nieces and nephews. The Funeral Service will be held a 2 PM on Thursday, January 4th, 2018 at the Community Christian Church, 2009 Mason Road, St. Joseph, Mo. 64504. Visitation will be one hour prior to service. Burial will be at the Fillmore Cemetery. Arr: Cashatt Family Funeral Home, Platte Woods, Mo. Fond memories and words of comfort may be shared at: www.CashattFamilyFuneralHome.com. One Final thing. If there is but one thing to remember about Bette is that she had unwavering and unconditional love for her Lord and Savior Jesus Christ, her entire life. He was her rock. Thank you, Lord God, for her life on this earth. She’s with you now and she can now say to Jesus, “Hallelujah to the Lamb!”

Platte City, Missouri &#8211; Bette Taylor Roberts, who was a Wife, a Mother, a Sister, a Close Friend, and a dedicated nurse by profession, went home to be with the Lord Friday December 29, 2017. Bette was born into the large and loving Taylor... View Obituary & Service Information

The family of Bette Taylor Roberts created this Life Tributes page to make it easy to share your memories.

Platte City, Missouri – Bette Taylor Roberts, who was a Wife,...

Send flowers to the Roberts family.